WARNING: Not so comedic. Some discussion of suicide. (1) I’m not suicidal right now, don’t worry about me. (2) If you think it might be a trigger for you, or generally uncomfortable, you might want to skip this one.

Prelude: I’ve been thinking a lot lately about laziness and depression.

I’m not depressed (probably?). I am lazy and insecure with self-confidence issues.

And I’ve been waffling about hitting the “publish” button on this for a couple weeks. Why do I need to be so open? Is it a cry for attention? Does it belong on this blog? Does it belong anywhere?

Neither of those refers to me.

I think it’s normal to see people we really admire (“great”) and analyze: what exactly makes those great people so great? What separates them from the riff-raff? What can I do to put myself on the right side of that threshold? —which is why these kinds of quotes are so prevalent, and why I assume so many people find them motivational.

My gut translation of quotes like that is: “Worthwhile humans have XYZ trait, but you don’t have XYZ trait, therefore you are worthless. Just give up. There’s no point.”

I haven’t been getting anything done lately. My Blerch is winning.

It’s always been a battle for me, as I assume it is for most people. (Why else would Inman’s Blerch comics be so popular, right?)

Do most people plan their whole lives around the assumption that they won’t do anything unless they have to do it? ‘Cos I do.

It’s why I have a rigorous schedule for improv (when I’m in it; I’m falling out right now [see “Blerch” above]): classes on Mondays, practice group on Fridays, show-watching on Wednesdays.

It’s why I know exactly what days I’m going to run a month in advance— it’s on the schedule, so I have to do it.

It’s why I participate in community bands— I know I won’t do any music on my own.

It’s why I won’t freelance— I know I’d be late on deadlines and have no repeat clients.

Laziness/Blerchness is the commonest and most shameful thing in our western culture.

Severe depression is its own thing that I have no frame of reference for, but I wonder: what’s the functional difference between severe laziness and mild depression?

(Side note on how to combat laziness: Here’s a link I found that suggests breaking the thing you’re avoiding into smaller goals.)

Robin Williams committed suicide on Monday (8/11/14). (He was one of the contributing influences to this “Robin Cartwright” pseudonym I use.)

When the news broke, everyone cried, “I loved [that movie he did 20 years ago]!”

I have no idea what Williams was going through. But if it were me, and nobody had anything good to say about any work I’d done since c.1997, I don’t think I’d be handling it very well, myself, emotionally.

One thing that’s come out of this is that people are talking openly and non-judgmentally about mental illness.

I haven’t seen the line “suicide is selfish” this time around*, which is refreshing. (That line never made sense to me; when I’ve considered suicide, it always felt altruistic, because OBVIOUSLY the world would be a better place without me in it.)

What I have seen is a lot of “mental illness is a real illness; if you are ill, get help.” Which… it’s more complicated than that, innit?

John William Keedy did a series of photographs about anxiety, and got interviewed by NPR.

There’s a stigma that goes with having a mental illness. It comes with this idea of weakness of will. Which is weird, because if somebody had a broken arm you’d never tell them to will their way out of it.

Here’s the thing: with a broken arm, it’s either broken, or it isn’t. You look at an X-ray, and you know.

With mental illness, there is a whole continuum, and it’s pretty fuzzy. Sometimes you feel shitty and it’s “normal”; sometimes you feel shitty and it’s “abnormal.” Drawing a precise line between “normal” and “abnormal” is incredibly unclear, and has been debated among trained psychiatrists for years, and that precise line shifts from year to year, from DSM to DSM, from one psychiatrist’s subjective opinion to another’s.

I self-diagnose myself as “subclinical pretty much everything.” I show some signs of dysthymia, bipolar II, PMDD, SAD, anxiety, agoraphobia, avoidant personality disorder, etc… but I can leave my apartment in the morning and hold a job, and I am therefore “functional” and not truly “ill,” so it’s hard to justify the time/cost/effort of seeking help.

…And by the time I get to seriously considering suicide, I’m just SURE that I’m fine, and suicide just seems LOGICAL.

I don’t really have a point, I just wanted to vent.

In closing, here are some better and more articulate thoughts about depression to read, if you haven’t seen them yet:

I’ve been looking for a (free) podcast of various comedians’ stand-up routines for a while. I found one: Put Your Hands Together. It’s live weekly standup recorded at UCB-LA. There are big names, medium names, names I don’t recognize. It’s exactly what I’ve been looking for, and I hope maybe you will like it too. 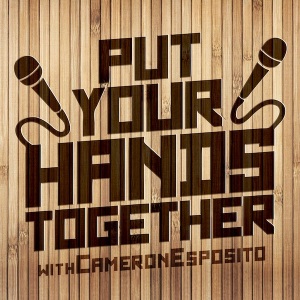