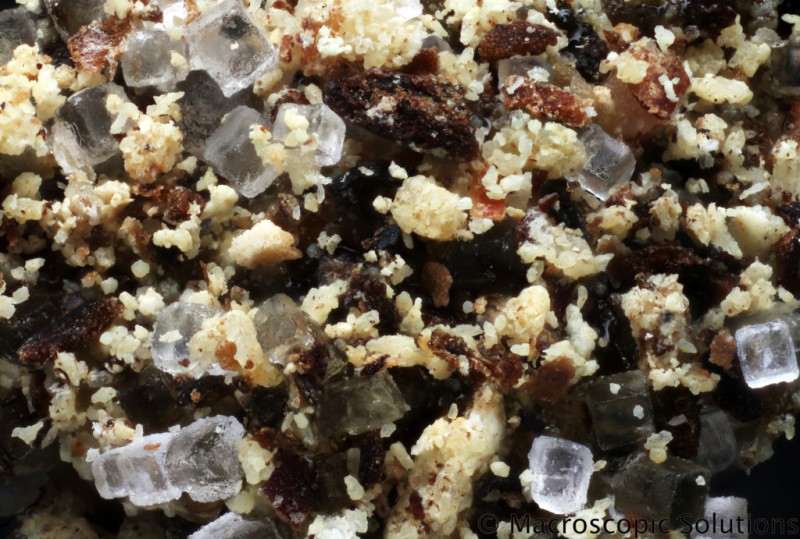 Our substitute practice coach gave us a metaphor this past week.

There is a lot of salt in the world. It’s a mineral. It’s in the earth, it’s in the water, it’s easy to come by, it’s cheap, and it’s necessary for life (to some extent).

There is not so much pepper in the world. It has to be grown from a plant, cultivated, watered, tended, harvested. It’s comparatively expensive and harder to come by.

When you’re cooking, usually you’ll use more salt than pepper.

They are both important for adding flavor, but the salt sort of functions as a base grounding for the flavors in the dish, while the pepper adds a little bit of kick. 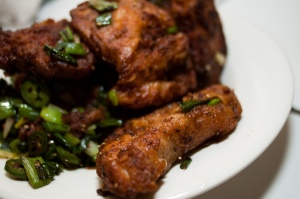 You can think of improv scenes this way, too. The base reality, the grounding, the basic human nature and relationships of your scene— that’s the salt. That comes first. Unusual things, weird shit, crazyness— they’re the pepper. They work best for an additional punch of flavor after you’ve set up your base grounding of salt reality.

If you only use one or the other, the dish won’t taste right, but together, and in the correct proportions, you can make beautiful meals.

Salt and pepper, beautiful together!

I’ve been thinking a lot about improvising in a safe/unsafe environment.

What makes an environment feel unsafe?
High stakes— if you mess up, you fuck it up for everyone. There’s a FORM, and you need to do it RIGHT.
The show matters— when you are performing for an audience that is expecting you to be good– or practicing with that event in mind– there can be a constant looming fear of failing to meet expectations, which becomes a self-fulfilling prophecy after some rough practices.

What makes an environment feel safe?
Low stakes — if you mess up, it’s no big deal.
The show doesn’t really matter— The audience for an improv class show is not expecting professional-level comedy, and if the students don’t deliver… they’re still learning, they’re giving it a go, good for them!

What are the consequences of playing in an unsafe environment?
Lack of safety breeds fear.
Sometimes fear gives people an adrenaline kick that shifts their brains into overdrive, allowing them to be the very smartest improvisers they can be.
Sometimes fear is liquid nitrogen that freezes people’s brains. And it’s really hard to do competent improv, let alone good improv, when your brain can’t function.

What are the effects of playing in a safe environment?
Because messing up doesn’t matter, your brain can be released from its vice grip of fear and just do its thing.
Or, for some people, this might mean getting lazy– oh, it doesn’t matter, who cares, whatever.

I bring this up because I have two back to back nights of improv, and I go home with totally different worldviews from each.

Team practice makes me question why I ever thought I could do improv. I keep screwing up, and it matters, because we have SHOWS booked. The team will fail, and it will be my fault. If I can’t master basic tenets of improv, well, maybe I just shouldn’t be doing it. Everyone would obviously be better off without me around to fuck them up.

Class, even when I fuck up, puts me in a good mood. Improv is fun! We’re all just playing with each other! Oh, whoops, I had a weak character, well, I’ll do better next time, no problemo. “No mistakes in improv” is a legit attitude.

So what does that mean? Should I never perform? Is there a way to lower the stakes of a performance? Is it just a matter of doing the form a lot until it’s ingrained in your brain, like other improv fundamentals? How do you cope in the meantime?

Edit: I drafted this post in early April, then dropped out of the improv blogosphere for a month, then revisited it when I drifted back in. During that time, Will Hines addressed pretty much the exact same question on his blog. His answer: you just gotta beat it. Reps, bravery.

Having now taken Level 1 classes at both the Magnet and PIT, I can say without hesitation: they’re both good, it just depends what you’re into.

Everyone I’ve talked to from both sides gushes about how great their respective communities are. Magnet people love the Magnet community, PIT people love the PIT community. (Everyone says the UCB community is kind of filled with dicks. I don’t know, I’m just repeating what I’ve heard.)

Both of my Level 1 classes were filled with awesome, sweet, open, enthusiastic, and naturally funny people, all with varying levels of experience. (This is luck of the draw, though.)

While UCB is known for having a very structured, rules-based philosophy, both my Magnet and PIT (Level 1) experiences were pretty touchy-feely, more about having fun, more about getting used to playing with each other, offering guidelines and advice and thoughts.

For example, the “Don’t ask questions” rule came up in both classes, and in both classes it was offered as a guideline rather than a hard rule. So when we DO find ourselves asking a question, we don’t start flagellating ourselves for being so stupid as to break a simple rule (thereby flustering both ourselves and our scene partner); instead, we just realize, “oh, whoops, I asked a question, which put my partner on the spot. I’ll add to what I just said to help them out.” And eventually we remember not to do it in the first place.

I don’t know whether I’m comparing school philosophies or just the philosophies of my individual instructors, but on the subject of teachers: I recommend both Rick Andrews at the Magnet and Bradford Jordan at the PIT. They are both phenomenally warm and encouraging and non-judgmental, which is what a lot of us need when we’re starting out. And they both give good notes. I can’t speak for other instructors.

Honestly, from my experience, I’m not sure how I would differentiate the schools, big-picture. I’ve heard that Magnet scenes are about building and focusing on relationships, but that was an underlying theme of my PIT class, too.

Because (a) the Magnet is more convenient for me (it is literally on my way home), and (b) I started at the Magnet, so my Magnet social circle has been percolating longer, I will probably continue with the Magnet for now. Nothing against the PIT. It’s just on the other side of town. And all its jams are too late at night. And they charge $10 for class shows. (But their class shows ARE on a proper stage, not a modified classroom, so they totally get points there.)

This is a conversation I’ve been having with Magnet-practice-group-type people lately:

Me: I can’t do Mondays, I’m taking that Level 1 class over at the PIT.

Them: Oh yeah, how is that?

Me: I’ve only had three classes, I dunno.

Them: Oh, yeah, I can see that. Our Level 2 instructor was a totally different experience from Rick [the predominant Level 1 instructor at the Magnet].

I will say, after four classes, that my Level 1 at the PIT involves an awful lot of sitting around talking about improv and not so much actual improvising. To the instructor’s credit, I think he wants to get up and improvise more, too, but we keep asking him [often heavy or difficult] improv questions that he doesn’t want to leave unanswered.

I don’t regret taking the class. All the reasons I justified taking it in the first place are still holding true.

In our last class, we beat the shit out of a character I did, which was especially cool ‘cos we haven’t really learned “tagging out” or “beating the shit of of the game” yet. The instructor started it, and I caught his soft lob, and then the whole class got in on it, and I left class feeling all ‘Hell yeah!,’ which I mention not to be self-congratulatory but because it is not a feeling I associate with going home from improv class.